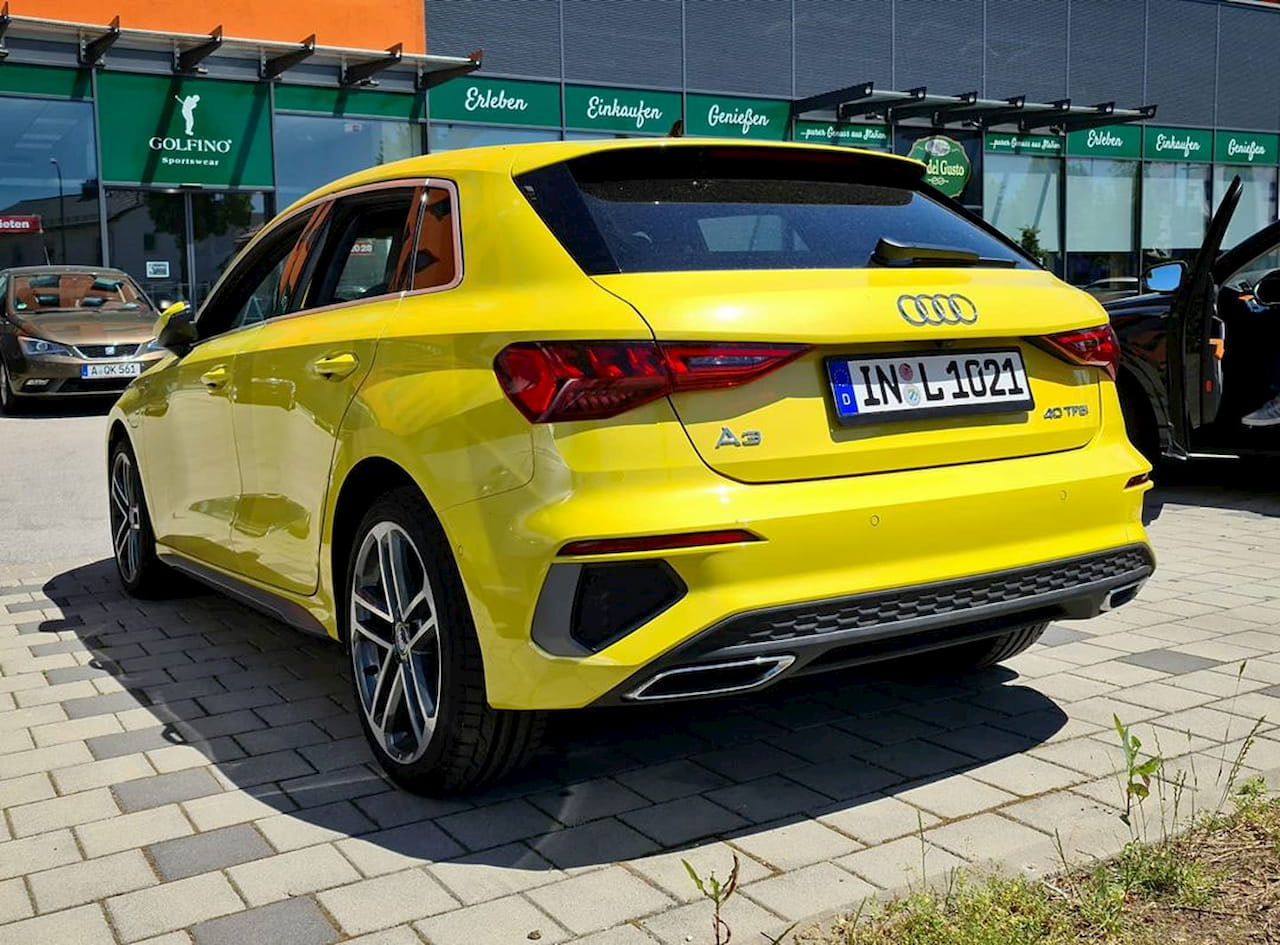 We are not far from seeing Audi’s second attempt at an A3 hybrid variant, as Ingolstadt confirmed in March that a mild-hybrid and a plug-in hybrid version of the new Audi A3 would be released this year. Audipics_de has posted three photographs of the plug-in variant, and messaged ElectricVehicleWeb that these were shot by them in Ingolstadt. The second hatch on the fender serves as a giveaway of the hybrid.

Announcing the world premiere of the new Audi A3 Sportback, the company confirmed that two hybrids were in the pipeline in early March:

We are offering a mild-hybrid and a plug-in-hybrid version of the A3 this year. This means that systematic electrification of our model range has now reached the compact class as well.

Bram Schot, Chairman of the Audi Board of Management.

The A3 was offered with a PHEV option in 2014. It had an 8.8 kWh battery pack that weighed 150 kg which impacted the A3’s agility according to expert car reviewers. The Audi A3 Sportback e-Tron had an electric range of 31 miles which was sufficient for nearby commutes and chores but anything further, users had to rely on the 1.4-litre TFSI. The 204 hp combined power output wasn’t as fast as people hoped it would be and this could be partly because of its weight. Audi withdrew the PHEV model in 2018 due to the introduction of the WLTP emission regulations and the axing was a procedural change.

Audi unveiled the new A3 digitally due to the cancellation of the Geneva Motor Show with improvements in space, comfort, infotainment and safety. The sporty and athletic design of the car combined with the PHEV will increase the A3’s appeal to a wider audience. It started accepting orders for both the sedan and hatchback and deliveries of the latter commenced in Europe in May, with the former announced to reach customers in Europe this summer.

Given it shares the same platform as the Mk8 VW Golf and Seat Leon, the 2021 Audi A3 plug-in hybrid’s powertrain could be a 1.4L turbocharged petrol paired with an electric motor for a system output of around 200 hp. Audi may not be using the ‘e-tron’ nomenclature again on the A3 PHEV, settling for TFSIe like with bigger cars Q5 and A6, with Audipics_de claiming two variants – 40 TFSIe and 45 TFSIe.

Audi India has removed diesel engines from its strategy and is focusing on launching petrol variants of new generation vehicles. The company has been vocal about introducing plug-in hybrid and electric vehicles following petrol models.

Audi has released a new teaser video of the e-tron in India, hinting that its first electric SUV launch in our market could happen very soon.