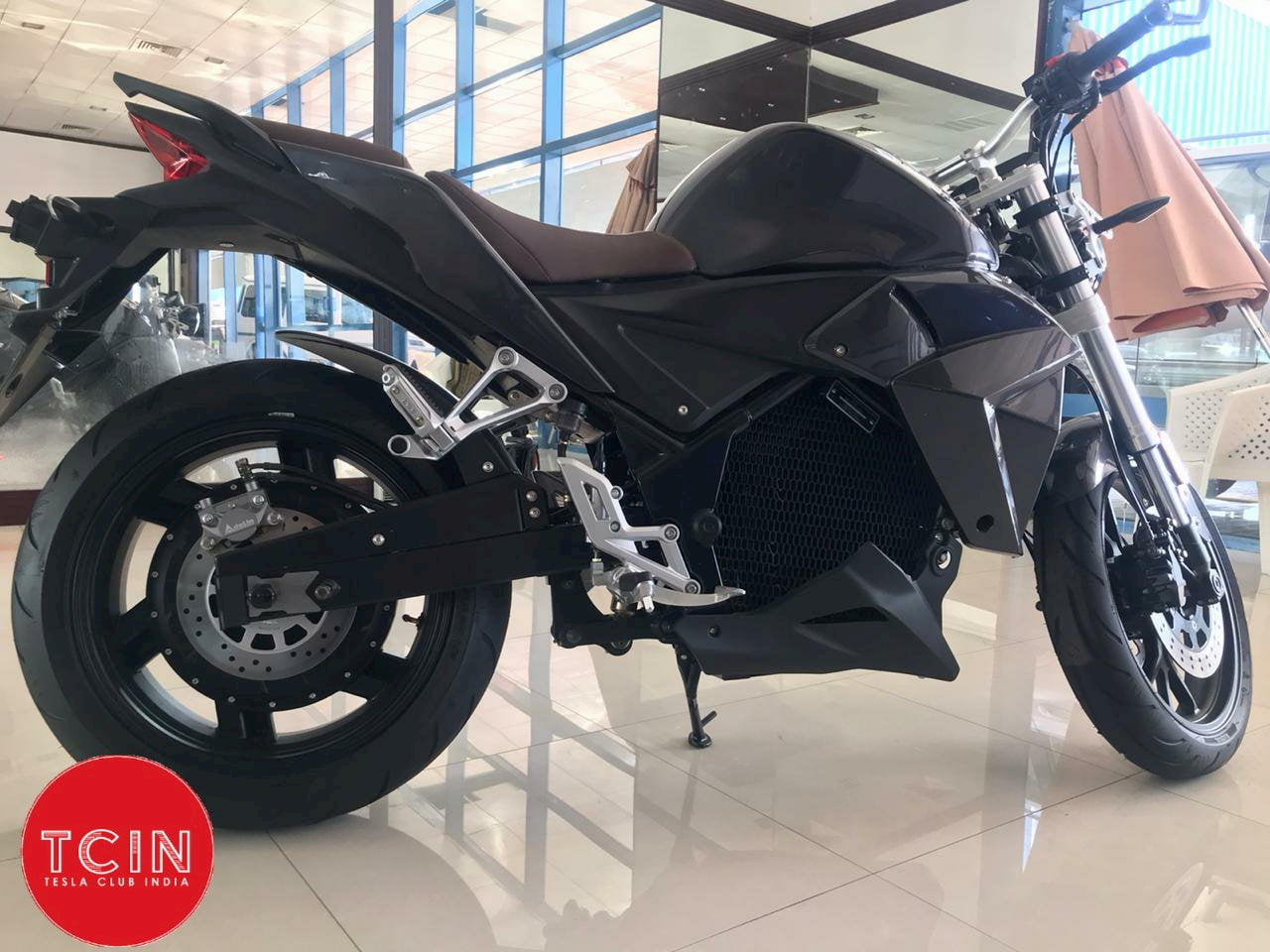 The first Evoke electric bike has apparently landed in India, and it’s the Evoke Urban Classic model. New pictures, courtesy Tesla Club India, show the pure electric power cruiser at what could be the first Evoke Motorcycles India showroom or at a hall for private display.

Nothing on price or launch date. #EV #India #TCIN pic.twitter.com/INEdVRkIFh

The rear wheel is wrapped in 180/55-17 tyres. A mono-shock handles the suspension duty, while the anchoring task is given to a 220×4 mm disc brake with 2-piston hydraulic calliper. The brakes aren’t governed by an ABS, but a CBS is present.

Last year, a report from autocarpro.in had said that Evoke Motorcycles plans to launch a new entry-level bike codenamed ‘Project M1’ first in India. The company was looking at a localisation level of around 70% to keep the new electric bike’s cost low. This model was to compete with 125-150 cc petrol bikes in our market. An announcement could be coming soon, as we’ll keep an eye on it.