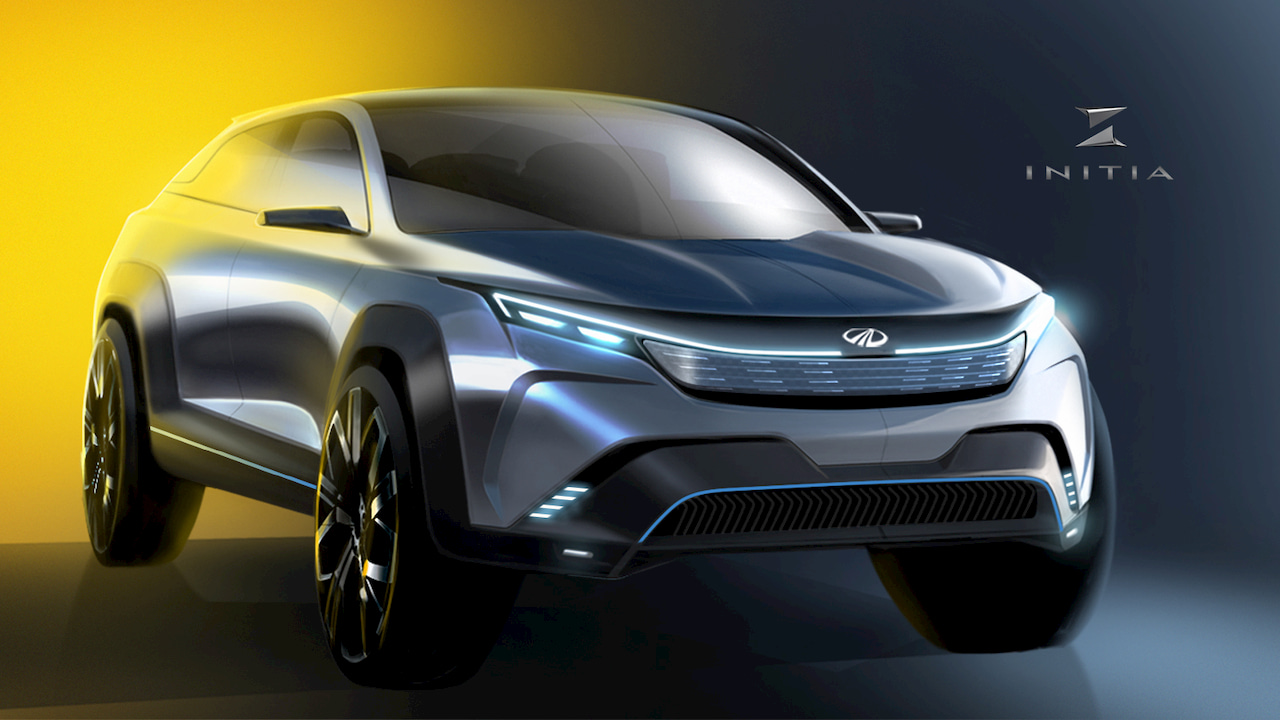 At the 2020 Auto Expo, Mahindra presented the production-oriented eXUV300, the electric version of its compact crossover that is to be launched next year (powered by the high-voltage, high-performance MESMA architecture) to provide another option for personal car buyers who prioritize design, a longer travel range and advanced features.

But what lies ahead? How should Mahindra think if there is a need for a second aspirational long-range vehicle in the SUV class? One idea comes from an Indian design studio based in Pune.

This is an electric-ready coupe-crossover concept rendered by Pune-based INITIA Designs, an independent mobility design studio. INITIA Design is a fully owned entity of Uno Minda, a 60 year old Tier-1 supplier of auto components to automakers. INITIA says it is a one-stop solution for any automotive design. One can get design services at a component level, vehicle level and platform level.

Tell us a bit about your studio

Based out of Pune, the studio’s name is INITIA. We started about two and half years ago; we are now about 30 people working in a state-of-the-art facility. We specialize in mobility design, from automotive to locomotive, any kind of mobility. We work on full vehicle design, component design and system design. This particular project is an exercise meant to showcase our work on the web.

What was the thought process in choosing the XUV300?

We were looking at the vehicles coming into the market and trying to see where there’s a gap and what will appeal to the Indian customers. We saw that sub-4-metre vehicles are selling like hot cakes right now and we saw that coupe style is not common in India. There are some German automakers that are making coupes but we don’t have a coupe style vehicle in India. I remember the XUV Aero concept Mahindra showed based on the XUV500 a few years ago. We thought we will take a sub-4-metre vehicle, the XUV300 as a platform and we kept everything the same except for the roof and the C-pillar. We worked towards bringing up a new style and new design which would appeal to the Indian market. For that, we studied the design language of Mahindra and how it was evolving and maturing. We have shown the refined version of the XUV300 in the coupe style.

Mahindra has been the market leader in India when it comes to making highly capable SUVs. They have also been trailblazers when it comes to EV technology. The Mahindra e20+ was arguably India’s first proper EV that could be used on a daily basis in an urban setting. With the EV market now gaining traction and an appetite for the SUV body style at an all-time high, it is a great opportunity for Mahindra to introduce an electric SUV to India.

As most of the electric vehicle sales are confined to the urban areas, we studied the urban UV market and identified a growing pull for modern coupe-like SUVs. Hence the direction to develop a compact coupe SUV was chosen. The package of the vehicle is based on that of a Ssangyong Tivoli, the same platform that underpins the current Mahindra XUV300.

Take us through the interesting parts of the design

The design concept presents a modern face for the brand aligning it with global trends of modern expressive design. Continuous light signatures in the front and rear accentuate the wide stance and powerful nature of the vehicle emphasizing its capability. The dynamic volumes of the vehicle add a contemporary aesthetic, keeping the design expressive and in line with Mahindra’s SUVs. The lead for this design was Akkash Kohli who is one of the youngest designers in the team.

What we see in the trend is the lights that are end to end; very sleek signature in the rear and the front. What we have done is that in the front, you can see the DRL which is sleek and mean from the front. The grille is how we think it would evolve to the next level, which is much more subtle, more sleeker and classier than how it was eight to nine years ago.

Another thing is the lighting. Earlier, it used to be called the front lighting assembly but now it is no more an assembly; it is a distributed architecture, we have a DRL, we have fog lamps and all are separated. That is what we have shown here also.

This wasn’t a very long design project but a quick one. This was a styling exercise, rather than a complete vehicle design exercise, and that’s what we thought to do.