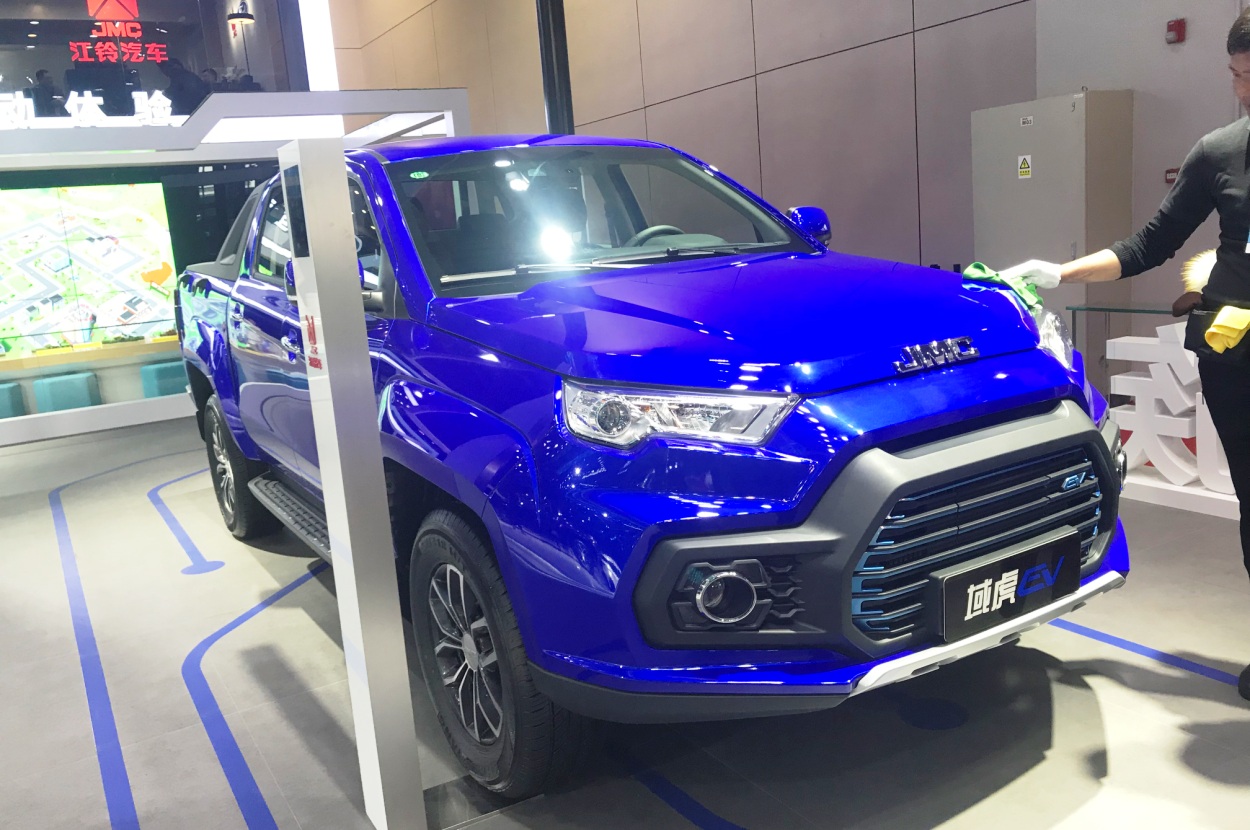 The design is based on the Yuhu 7 pickup truck with styling tweaks. The large grille in the front gets blue inserts to represent the vehicle’s ‘electric’ intentions. JMC Yuhu 7 gets LED daytime running lights, LED projector headlamps and fog lamps and electric ORVMs with integrated indicators. Inside, the notice the symmetrical design dashboard and an all-black layout and a leather wrapped steering wheel.

The Yuhu EV is based on the Yuhu 7 pickup truck and is powered by a permanent magnet synchronous motor producing a power of 120 kW and a torque of 800 Nm. The electric pickup truck supports fast charging and can be charged to 80% in just one hour, while it takes 8 hours in normal charging mode. The EV gets two driving modes – Normal and Economy.

Yuhu EV has a wheelbase of 3085 mm and a ground clearance of 225 mm, with approach and departure angle of 28.5 degree and 25 degree respectively. The truck bed measures at 1475 x 500 mm. The electric pickup features all wheel disc brakes and is shod with 265/65 R17 profile tyres. Suspension setup consists of independent double wishbone at the front and non independent leaf spring setup at the rear.

In 1995, Ford acquired shares equivalent to 20% equity in Jiangling Motors Corporation (JMC) and in 2013, increased its stake to over 30%. Under the JV, JMC sells Ford’s Everest SUV and Tourneo and Transit vans in China. JMC also retails its own pickup trucks, heavy and light trucks, touring vans and Yusheng branded SUVs. Last year Ford, exploring new synergies, introduced a rebadged and repurposed JMC SUV (the Yusheng S330) as the Ford Territory for the Chinese market, and more recently in Brazil, slotted between the EcoSport and the Escape.