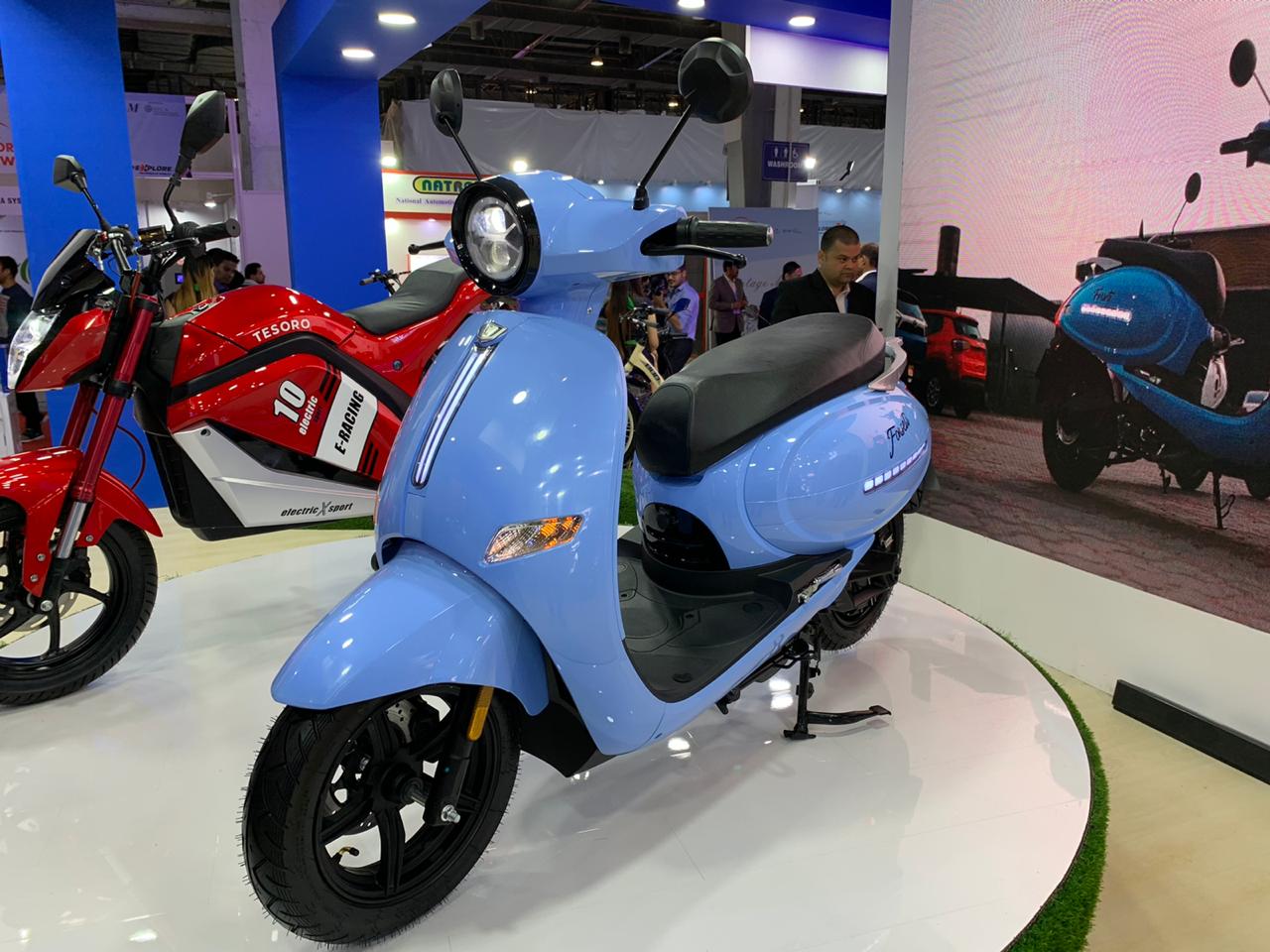 Odisha-based electric vehicle company EeVe has confirmed that it would introduce the Forseti electric scooter in May. The components of the vehicle, as with the other offerings, are imported from China.

“The Forseti has a kind of retro look, and it will give you a range of no less than 90 km to a charge. It would come under the ‘registered’ segment. We will launch the scooter sometime in April or May with a five-year warranty and features like GPS activation, geofencing, anti-theft and keyless entry. We’re also trying to equip the scooter with the fast-charging option.”

The Forseti has a front disc brake, LED headlight & taillight, push-button release footpegs for the passenger and twin shocks at the rear. Its top speed is estimated at close to 100 km/h and the battery is swappable. The company will publish technical information on the scooter closer to the launch.

Since the start of production last November, EeVe has been selling scooters in Andhra Pradesh, Assam, Bihar, Chattisgarh, Jharkhand, Odisha and West Bengal. It has 44 dealers at this time and by March, the company wishes to expand into Bengaluru, Delhi, Madhya Pradesh, Telengana and Uttar Pradesh. The company also plans door-to-door service and a pan-India dealer presence by end of next year.

EeVe has an assembly plant near Bhubaneswar that has an annual capacity of 250,000 vehicles and the company will be completing the expansion of the plant soon, which will take the capacity to 500,000 units. EeVe is also building a battery assembly plant in Odisha that is expected to be operational by 2021 in 3 years it plans to open up one R&D centre in India to develop products locally.

The company’s flagship model, Xeniaa, is powered by a 60V 20AH Lithium-ion battery and a 250W Bosch Motor, while it takes 3 to 4 hours to be charged completely. This is the same powertrain that is fitted in EeVe’s another model, 4U.

EeVe’s other two models, Your and Wind, are powered by Lead Acid batteries. EeVe has equipped its line-up of e-scooters with features such as keyless entry, anti-theft mechanism, USB port and bottle holder. The Forseti is the brand’s first high-speed scooter.