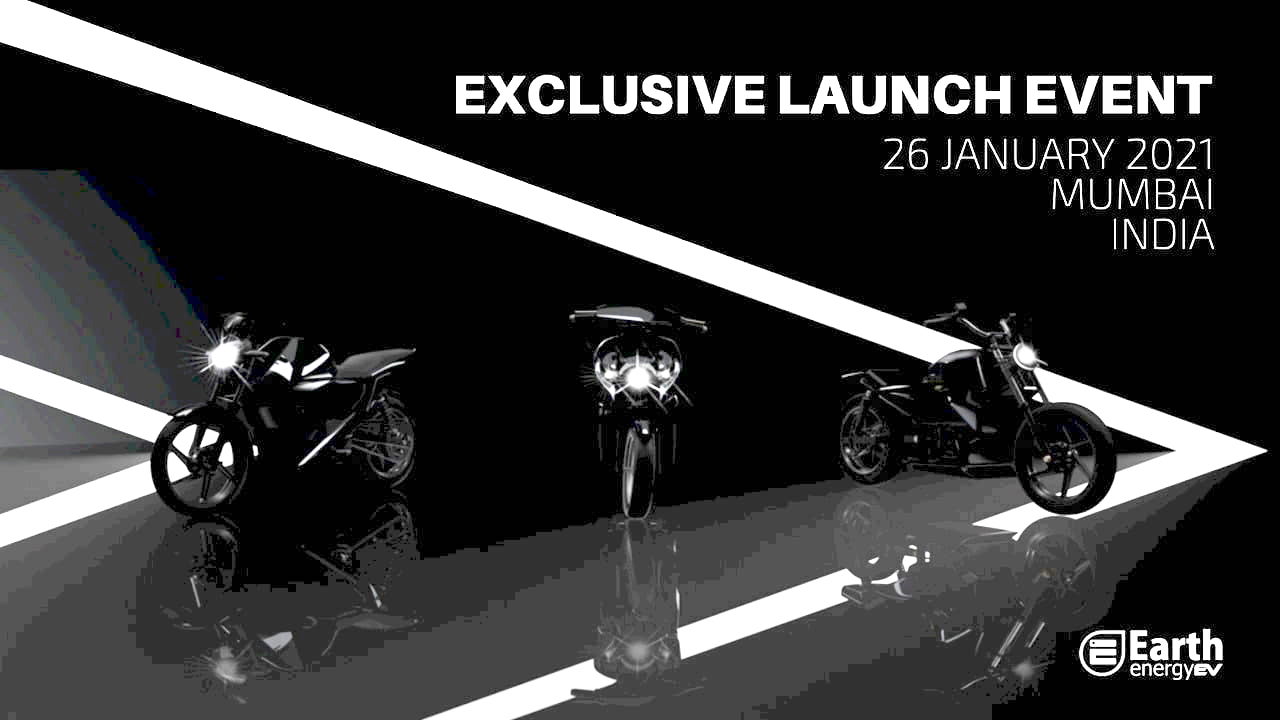 Earth Energy EV, a subsidiary of Grushie Energy, plans to unveil new electric vehicles on 3 February 2021. A recent report from financialexpress.com suggests that the company could introduce four new EVs.

The first Earth Energy EV model will be an electric cruiser bike internally called B605 and planned to be launched with the name ‘EvolveR’. The report says that the first electric cruiser bike in India will mount a 12 kW (16 PS) electric motor. The source of energy will be a portable Lithium-ion battery pack with 7.2 kW of power. The price of the Earth EvolveR can be expected at under INR 1.5 lakh, as per the report.

The second model to be unveiled by Earth Energy EV next month will be an electric scooter. Internally it is called B603, and it will be introduced as the ‘EvolveZ’. Earth Energy has made seven different EV prototypes and tested them for 2.5 lakh km over a period of 3.5 years. The company has tested the EvolveZ additionally for 15,000 km in the UAE.

The third model from Earth Energy EV will be an electric naked bike and the fourth product will be a one-tonne LCV – the ‘LoadEX’. The Earth LoadEX will feature a 34 kW motor and a Lithium-ion battery pack with 17 kW of power.

Rushi Shenghani, Founder and CEO, Earth Energy EV, has said that all Earth Energy EV models will have a five or seven-inch digital instrument cluster capable of OTA updates and come with a warranty of three and half years. The company plans to open 40 dealerships by the third quarter of this year, and most of them will have a service centre. Manufacturing will take place in Vasai at a greenfield production facility that can roll out 65,000 vehicles annually.

According to a previous report from financialexpress.com, Earth Energy EV range will include six models by the end of this year. The EV start-up targets a 96% level of localisation. It hasn’t said whether that figure is in terms of value or number of parts, but regardless, it would be impressive if it succeeds. Much like other new players in the market, expect Earth Energy to rely on international vendors for designs and technology before developing products from the ground up.