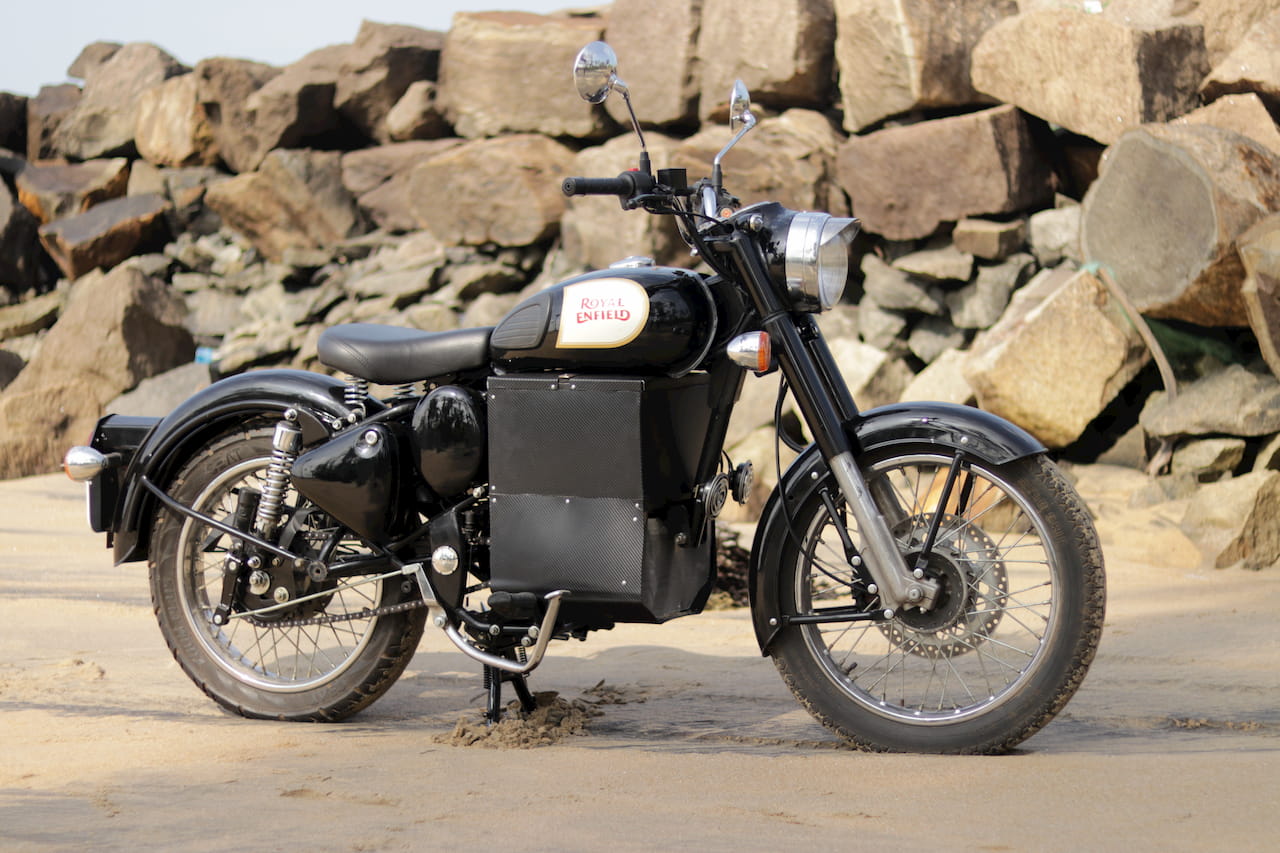 Cochin-based Hound Electric that specializes in the design and development of powertrain components (motors, controllers & battery pack) for automobiles, has designed and fabricated an electric Royal Enfield Bullet to pay tribute to the brand. The idea comes from Hound Electric’s CEO Paul Alex, who tasked the build to two interns D Harikrishnan and Mustafa.

Harikrishnan and Mustafa were part of different universities participating in national and international competitions based on EVs. They were passionate about making electric vehicles and had done about 5 to 6 builds in their college days. They joined Hound Electric to pursue their passion and learn about electrical vehicles.

The Royal Enfield Electric Bike journey started for the team in September 2019 and here’s how it went as narrated by Paul and Mustafa:

We had a plan to convert a two-wheeler to Electric. The first idea was to start on an Electric Hero Splendor or similar kind of bike, something small. During the discussion, we decided to draw the Splendor while we were going through the parts, and what we had was a 10 kW motor. While planning, we thought that this motor would be a bit too powerful for a commuter motorcycle. The battery that we had was a CALB cell 72 Amp battery pack; the whole battery was around 60 Volt. Using this battery pack in a small bike was impossible as we didn’t want to modify the frame at all. So considering these things, fitting these parts into Splendor was not possible. We were looking for a bike that had more space, so then we came to the thought of a Royal Enfield Bullet Electric bike.

At first, we took a frame for the chassis from the scrap yard. And we both started drawing the chassis. Harikrishnan is the chief designer, and together we first did the chassis then saw how all the parts are and where everything would go. During this, we locked-in on the Royal Enfield Bullet because everything would fit in the bike quite nicely. Next thing we did was bought all the spares for the Bullet from the brand showroom.

It is a PMDC motor called AGNI 119, manufactured in India by a company called Saietta. The battery used in Bullet is from CALB. The BMS used is from Elithion. The battery weighs around 32 kg, and the motor weight is 10 kg.

Everything has been placed in the cavity underneath the tank. We just removed the engine, and we placed the battery in that gap. We built extra frame materials to bolt it to the existing frame, so the motor and battery mounts are fabricated.

Costing of the Electric Bike

We already had the motor, battery and few other components. Rest of the parts, we have spent around 35,000.

It is a tribute to Royal Enfield, though it looks retro, it can be futuristic at the same time. We set out to prove this. It doesn’t matter what platform we put it on as Electric Vehicles are as good as an ICE vehicle.

The number of people that have done a legit job on electrifying the Bullet is few. Those projects had a considerable amount of modifications to the frame. In our case, we are the only one to kind of have a bolt-on model for the original Bullet.

On plans to sell a conversion Kit

If we had to purchase the battery and motor, the project would cost more than a new Royal Enfield. It’s not a commercially viable project for us to sell a plug and play type kit. We didn’t have a vision of putting it into production. It is a project we pursued to exercise our passion and see how far we could go with the limitations we had – surprised that we ended up with a fully functional motorcycle! 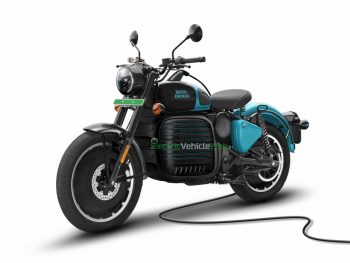 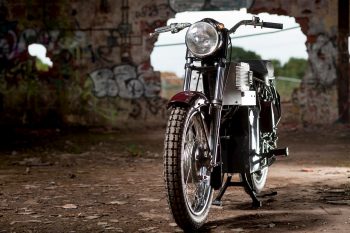 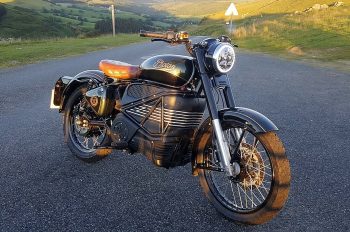 Speaking to ElectricVehicleWeb from his base, the founder of Electric Classic Cars, Richard Morgan, who was surrounded by classic motorcycles growing up yet never took to them, said the project kicked off in 2018 with three ambitions: