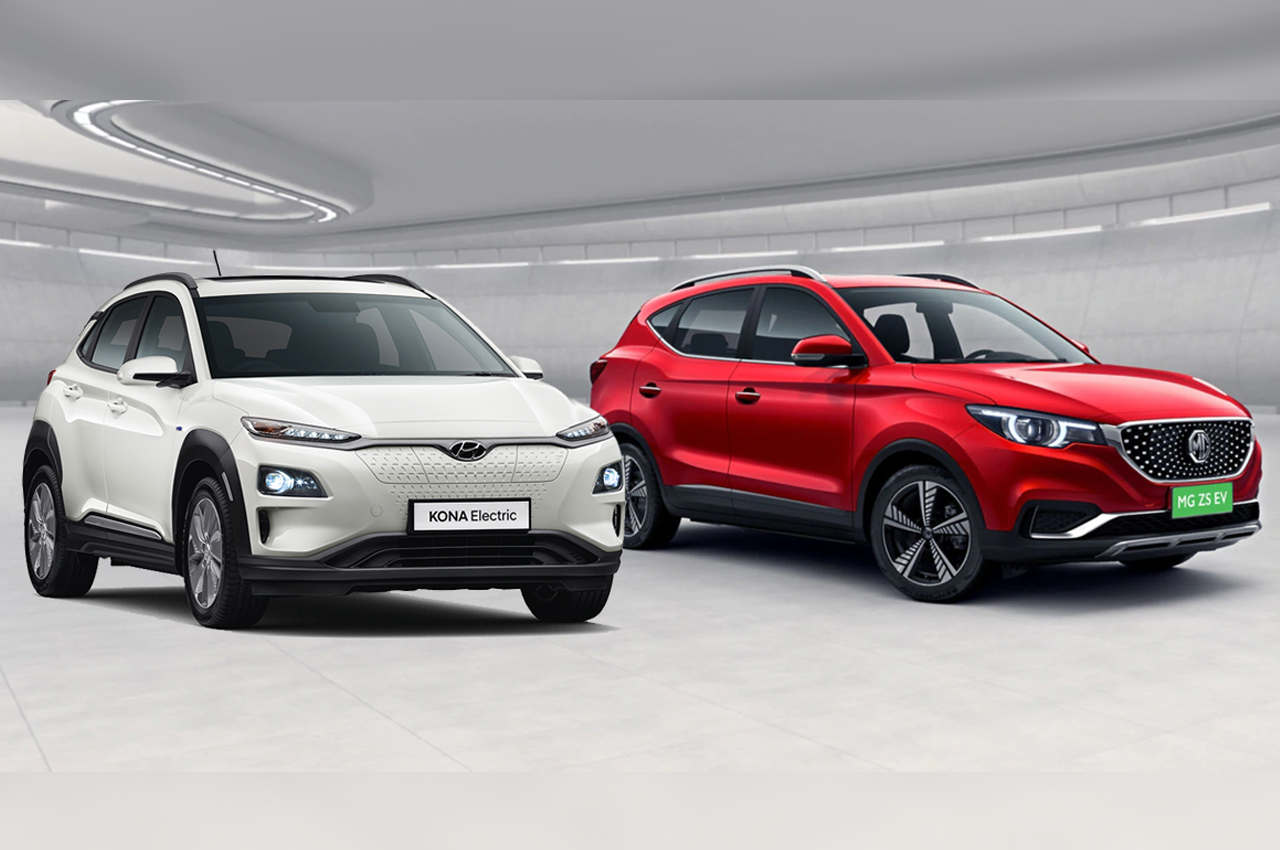 Hyundai rebooted the Indian electric car market with the launch of the Hyundai Kona Electric which was the first long-range EV in the country. The response to the EV led to MG Motor coming out with an aggressively priced MG ZS EV and both the cars have been well-received and led their makers to confirm the development of low-cost electric cars for India. Now, Indian auto portal carandbike has carried out a comparison of the two EVs and announced the ZS EV as its winner.

The reviewer Siddharth Vinayak Patankar immediately puts the ZS EV in the lead as it looks more like a conventional SUV and is roomier than the Kona Electric. He says that the Kona is well-proportioned, well-built and really fits the urban requirements perfectly, which is what most of the buyers are looking for. The ZS EV model looks bigger and more SUV-ish and will appeal to those who like conventional designs. Though it’s a safe design, he thinks that the ZS EV is the more appealing one.

Where the interiors are concerned, the reviewer says that Hyundai’s cabin looks better built and comes across as more premium. With the ZS, he feels the cabin to be roomier and outdoes the Korean model on the features.

Coming to road presence, the ZS EV is the winner with a length of 4,314 mm, a healthy 134 mm longer than Kona’s 4,180 mm. But in the wheelbase, which influences the knee room, Kona tips forward with 2,600 mm over ZS EV’s 2,585 mm. The width is also identical so both cars have similar space levels, but the ZS EV is a bit taller and offers better headroom. The additional length of ZS EV allows for more boot space with 470 litres while the Kona Electric only has 334 litres.

When it comes to range and performance, Hyundai has the edge with better range despite the smaller size of the battery. The Kona Electric is powered by a 39.2 kWh battery pack that returns a range of up to 452 km (ARAI) in a single charge. A 44.5 kWh battery powers the ZS EV with a range of 340 km (ARAI) per charge. Although real-world figures will be lower, the Kona certainly has the better range. Power and torque outputs are similar – 100 kW/359 Nm for the Kona and 105 kW/353 Nm for the ZS EV.

Talking about the driving aspect, the reviewer says that the overall performance and feel is the USP of Kona Electric. He appreciates its handling and the way it corners but the steering is a bit soft for his liking. While the Kona is the sportier of the two, he says that the ZS EV impresses with its comfort and great ride quality, especially on the Indian road surface.