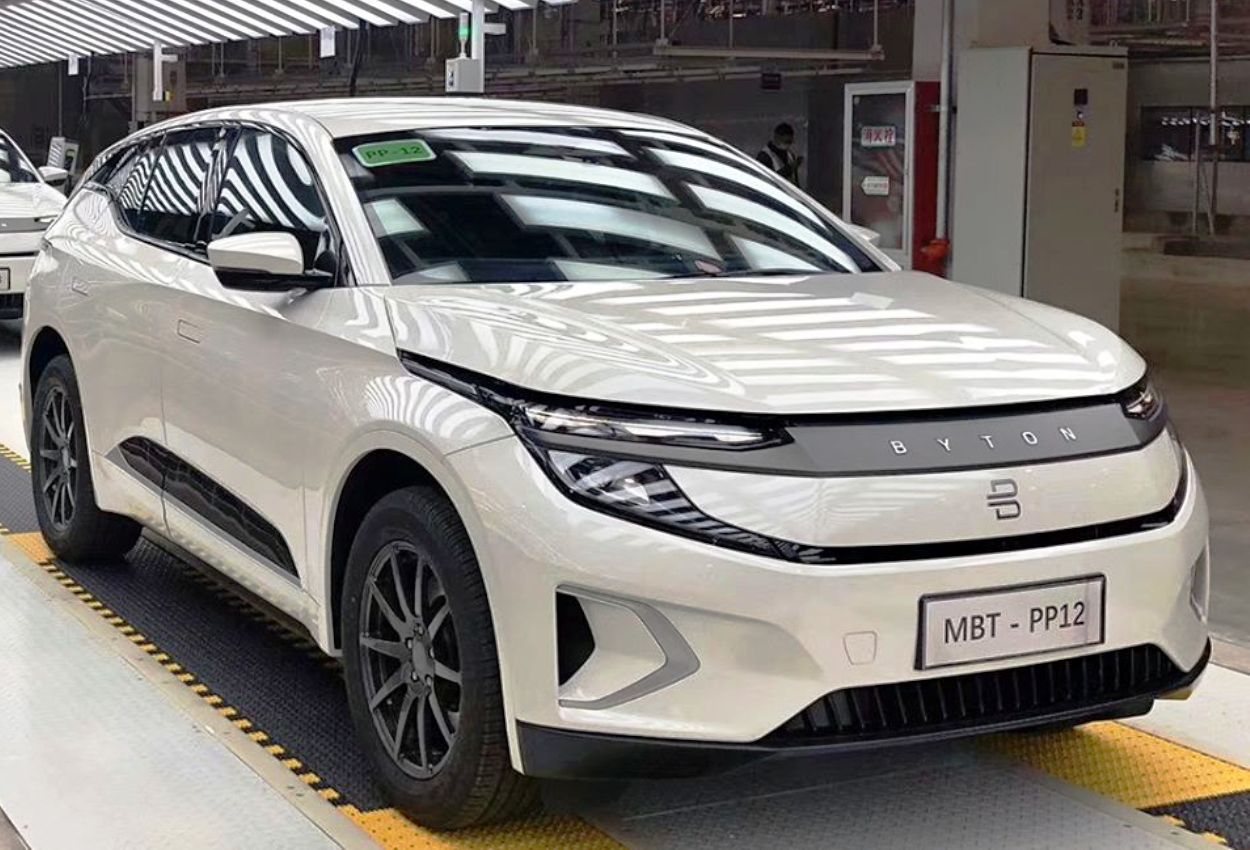 China is recovering from the effect of coronavirus pandemic with companies beginning to get back into business and EV company Byton is the latest to have begun the production of its M-Byte electric SUV ahead the launch in the Chinese market. And the 48-inch dashboard display has been retained for production as well.

Daniel Kirchert, CEO has tweeted a video of pictures showing Byton’s brand new state-of-the-art Nanjing factory with several new production prototypes being assembled. The M-Byte units have number plates with MBT – PP series, which could mean M-Byte Pre-Production. These units are expected to be tested extensively before series production begins. The pictures also show the electric SUV’s body shell in other colours that are being prepped for production. Byton has already revealed that the M-Byte will be offered in three versions – 72 kWh RWD, 95 kWh RWD and 95 kWh AWD and the prices will start from 45,000 Euros (Rs 37 lakhs).

With all the stress in the world, #seasons change & #spring is in the air – right on schedule! BYTON sees positives too. This video shows real progress in our new factory. #bytoncars #mbyte #flattenthecurve #springtime #staysafe Thanks to our reservationists everywhere! pic.twitter.com/aNAq9AxiIm

Last year, Byton announced that it will start deliveries of the M-Byte in China by mid-2020 and commenced pre-production in October 2019 but the coronavirus breakout halted progress. Switzerland, Germany, Norway, France, Netherlands and Sweden will be the first countries in Europe to get the Byton M-Byte and the company is looking to start pre-orders by the second half of 2020.

The front seats offer a 10-degree rotation inward to aid easier conversation and the rear seats can be configured as either a 2-seater or a 3-seater. The e-SUV supports 5 different types of input methods including gesture, touch, driver’s face recognition, physical buttons and voice command.

The BYTON M-Byte has raised enormous interest in Europe. Out of 65,000 reservations worldwide, 25,000 are in Europe alone. At the same time, we are aware that our European customers have high standards when it comes to technology, quality, safety and service. I am sure that together with our trade and service partners and the customer-friendly charging infrastructure, BYTON will convince the European Market.

With respect to retail and service networks, Byton has signed up with Modern Driving for Switzerland; Hedin Automotive for retail and service partnership for Norway and Sweden; Louwman Group for the Netherlands; and BYmyCAR for France.

To offer a hassle-free customer ownership experience, Byton has partnered with Digital Charging Solutions (DCS) from Munich that will let the customers access over 150,000 charging points for both AC and DC fast charging (including high-power charging) in 28 European nations. Byton customers will also have access to charging stations of over 450 major charge point operators.

The Indian connection to the Byton M-Byte

Dr. Andreas Schaaf, the chief customer officer of Byton, was the president of BMW India for two years between 2010 and 2012 and oversaw the launch of SUVs and sportscars for the German brand and understands this market well. Under his leadership, BMW was ranked the No.1 luxury car brand (in volumes) for two consecutive years. Unlike its rival Fisker, which promised to start sales of the Ocean electric SUV in India in a couple of years, Byton has not given guidance on the launch of its SUV in India.