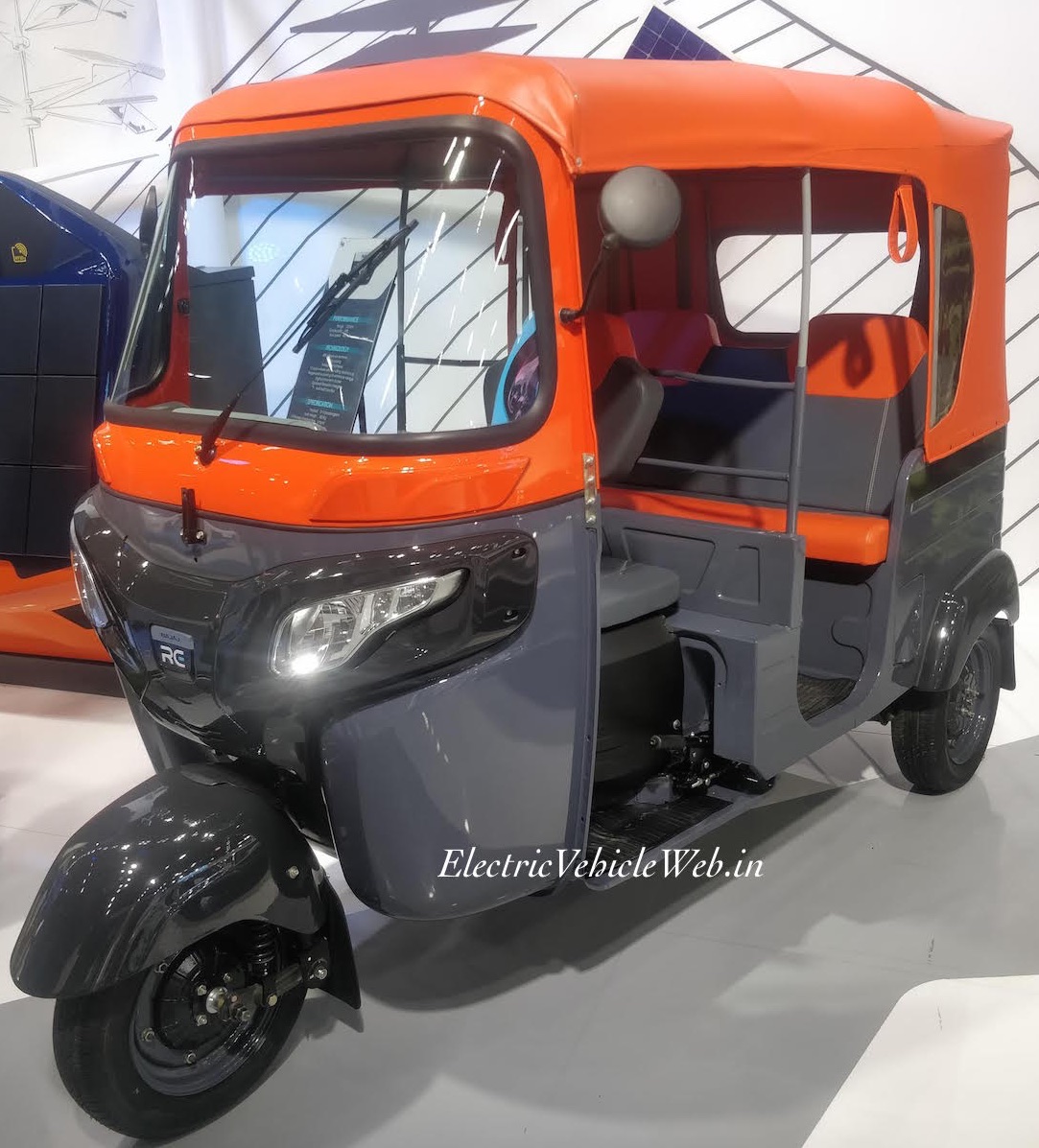 In November 2019, Bajaj Auto was planning to introduce its first electric autorickshaw in India by around April this year. Rakesh Sharma, Executive Director, Bajaj Auto, had then shared a timeline for the electric three-wheeler (passenger vehicle) in an interview with Zee Business. However COVID-19 has disrupted plans auto companies had for the shared mobility sector.

As far as electric autos are concerned then it will take time but something will be launched in upcoming 4-5 months. But electric as a business – either it is for two-wheeler or three-wheeler – needs certain improvements like charging ecosystem, battery prices and they should be brought under control to give a boost to it. The electric business will come but the tipping point will reach only when all the forces will converge to create a charging ecosystem.

Interacting with Autocar India in October 2020 (via Youtube), Sharma provided an update on the electric commercial vehicles:

At least in the personal side there is an emotional content or an emotional reason for which somebody can pick up the (electric) vehicle. But if you ruthlessly analyze the commercials of the three-wheeler the situation is even more difficult particularly when you compare a CNG powered three-wheeler, and the one good thing the government is doing is increasing the CNG availability, so when you compare a CNG-based three-wheeler with an electric three-wheeler, then the business case is very weak. But again following the same philosophy, even in the electric three-wheeler or quadricycle, our approach is we put out a limited amount of products there and get the learning curve.

Rakesh Sharma, speaking to Autocar India in October 2020, on the prospects of a Bajaj electric three wheeler & quadricycle.

About the investment and plan for electric vehicles, Sharma said:

We want to get on to the learning curve of electric vehicles and fortunately we are a company which can spend some money. Today we are making a loss (on the Bajaj Chetak electric vehicle) and we say okay we are keeping aside this money, it is like paying the tuition fees for traveling up the learning curve so we will do that. If either via subsidy, government support or battery cost coming down it starts to make business sense, we will accelerate.

Bajaj entered the EV segment in a limited way which was hampered because of the Covid situation. The supply chain was disrupted (critical parts of the Bajaj EV come from China including Wuhan) and the company had to stop bookings for the Chetak scooter.

Bajaj has been working on the electrification of its three-wheeler for about three years with the first prototypes spotted in Pune and Bengaluru in 2018. The company presented the ‘RE Electric’ at the MOVE 2018 Summit in New Delhi and the display looked production-ready.

The RE Electric showcased came with swappable 48-volt Lithium-ion batteries. Using the onboard charger, a full charge would take 6 hours, while swapping batteries would take 6 minutes. The RE electric is equipped with regenerative braking for higher efficiency and features a digital instrument cluster. Bajaj Auto claims that is electric autorickshaw can do 120 km on a full charge with a governed top speed of 45 km/h. The kerb weight of the four-seater (driver + 3 passengers) is 400 kg and it is placed on 12-inch wheels wrapped with low rolling resistance tires.

While there is no clarity on the revised launch date, expect the Bajaj RE Electric autorickshaw to be available in limited locations next year and compete with offerings from Mahindra Electric, Kinetic Green and Greaves Cotton. Piaggio India, a dominant player in the three-wheeler market with its ‘Ape’ series, launched its first electric trike with swappable batteries, priced close to its CNG variant. It is to be noted that currently more than half of the miles traveled in India are using two- and three-wheelers.