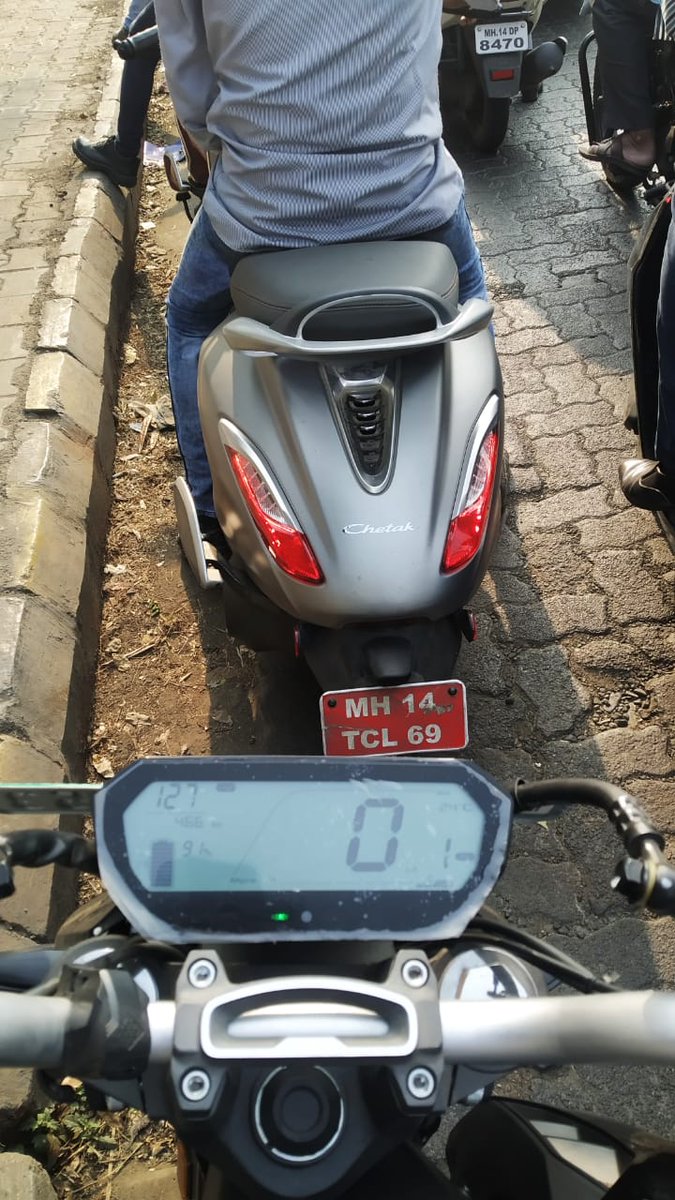 The wave of the future is here!

Just days before its launch, the Bajaj Chetak Electric has been spotted on road by a Revolt RV400 rider, posted on Twitter by PluginIndia. Consider this photograph a glimpse of what Indian roads are going to look like in urban areas later in the next decade!

Bajaj Auto unveiled the Chetak Electric in the month of October, resurrecting the iconic scooter brand in the EV avatar after 14 years. Bajaj has said that the bookings for Chetak Electric will be open in January 2020, when the price will also be announced, and deliveries are set to begin in the last week of the month.

Built at Bajaj’s Chakan facility in Maharashtra by an all-women workforce, the Chetak is the first electric vehicle from Bajaj that has entered mass production. Its Lithium Ion battery can likely be charged to 100% in five hours and to 25% in an hour, and does not support DC fast-charging. It does not come with battery swapping, though a version with the said feature is under consideration.

The Chetak is powered by a 4kW motor and has a range of 85 km in Sport mode and 95 km in Eco mode. It has also been revealed that the metal-bodied scooter will come with a standard warranty of 3 year/50,000 km.

The Chetak Electric also gets a reverse mode that can be used to back out of a parking space at a touch of a button. The information of the e-scooter can also be accessed through an app that can lets users receive notifications in case of accident or unauthorized access, locate the scooter, riding information and tips.

Bajaj Auto concluded the Chetak Electric yatra (official video above) in November that took several of its electric scooters on a 3,500 km journey across western India through cities to showcase the e-scooter’s reliability and efficiency. 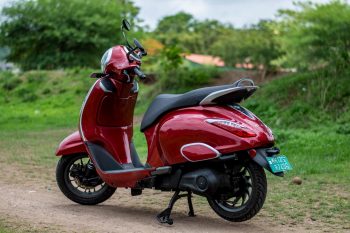 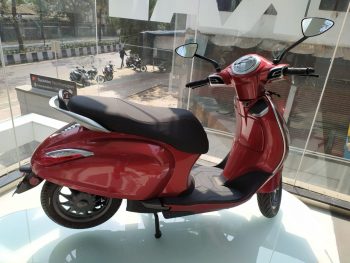 ElectricVehicleWeb.in can reveal in an exclusive report today that Bajaj Auto’s Chetak electric scooter has received a software upgrade.