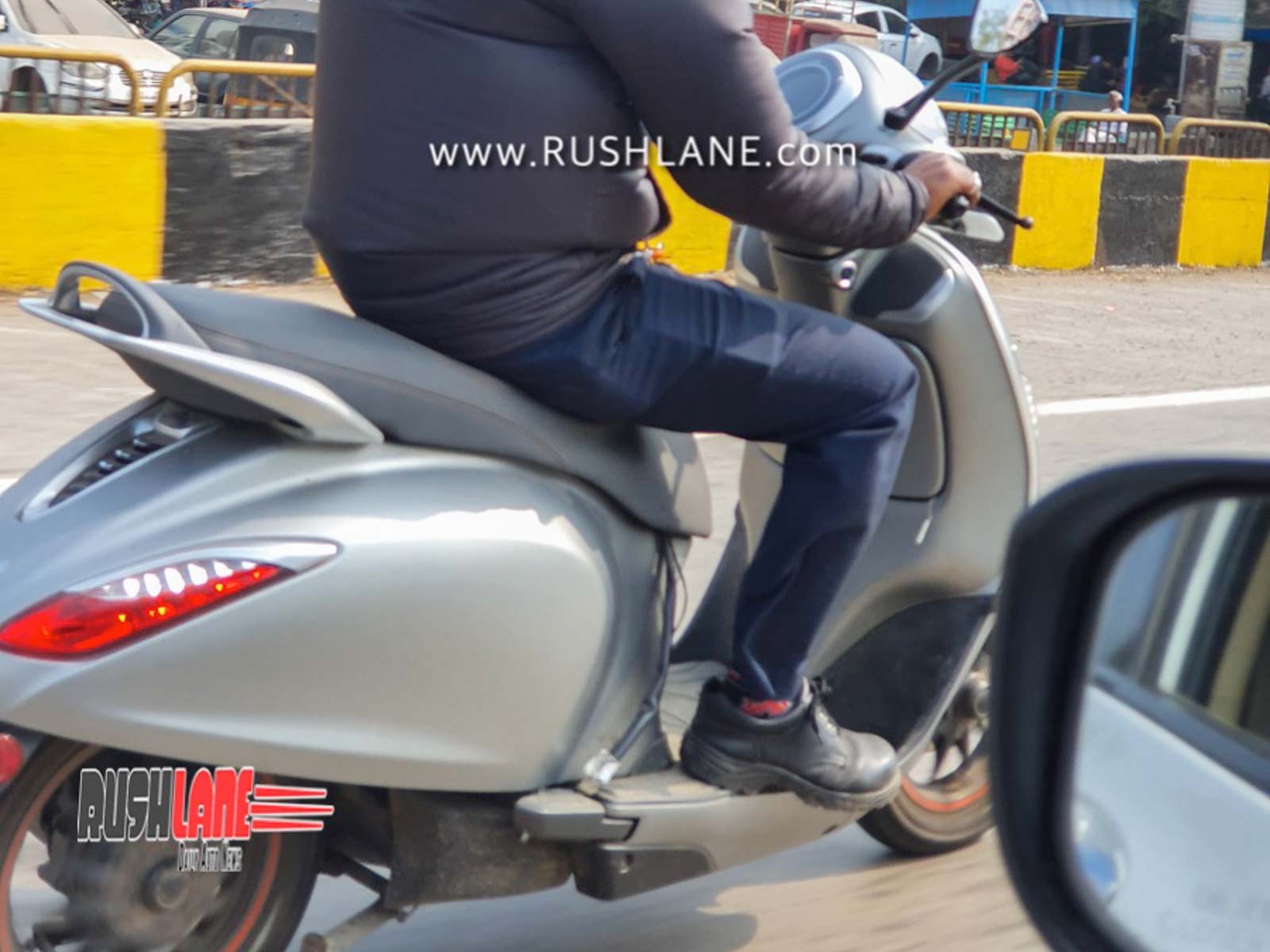 Rushlane reader Kamlesh Jain has spotted the Bajaj Chetak electric scooter on the final rounds of testing before its launch next month. Spotted in the metallic silver paint option, the vehicle is assembled at the company’s Chakan facility by an all-women workforce.

Autocar India reported this week that Bajaj Auto will begin deliveries of its much-awaited electric scooter, the Bajaj Chetak, in the last week of January. The company last month had confirmed that it would start accepting orders in January.

Autocar reports that deliveries will initially restricted to Pune and Bengaluru and that the product will be retailed through KTM dealerships (earlier branded Pro Biking). It will launch in 6 colours.

The electric scooter is expected to be priced at between INR 1.1 lakh and 1.2 lakh (on-road) with the slow-selling Ather 450 as its main competitor. What has been revealed so far is that the Chetak will be powered by a 4 kW motor with an automated transmission. The L-Ion battery is non-removable type, with the company claiming a range of 95 km in the ‘Eco’ riding mode and 85 km in the ‘Sport’ riding mode on a single charge. The company is working on a future version with a removable battery pack.

The Bajaj Chetak electric scooter gets a three-year/50,000 km warranty with an impressive service interval of 15,000 km. The battery pack is designed to last 70,000 km as per the company. The scooter is planted on a front single-sided suspension and a single-sided spring at the back. It features a disc brake at the front and a drum unit at the back with CBS.

Bajaj wants to position the Chetak as a premium product and with features like its steel body, ‘feather touch’ switchgear, digital console and full-LED lighting, it should succeed on paper. By the end of 2020, the Chetak could either become a trend-setter and prompt manufacturers competing in India to fast-track their electric scooters, or it could become another member of the Bajaj family and silently take a back seat to the Pulsars and the Avengers waiting for a mainstream rival to kick-off the personal mobility chapter of the electric revolution in India.