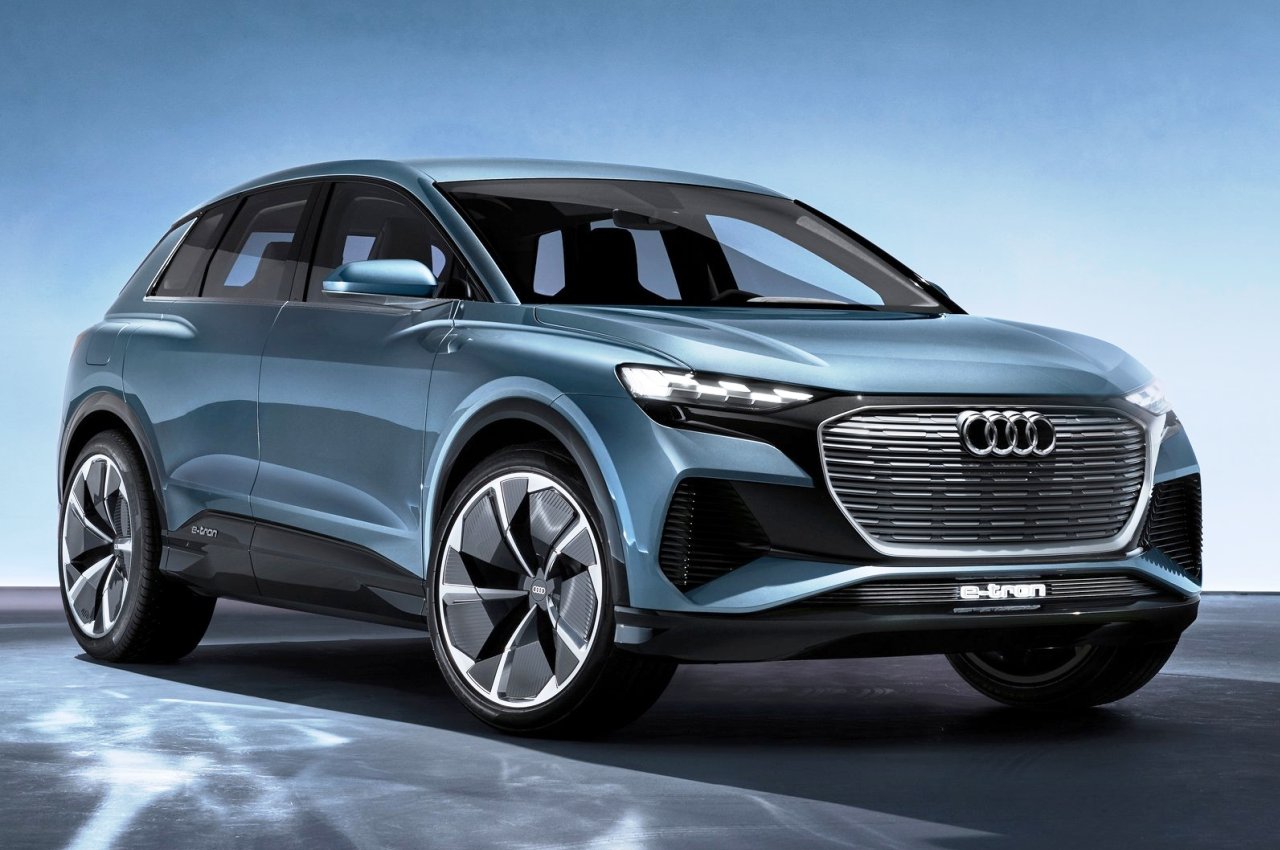 The Audi Q4 e-tron is the first Audi built on the VW MEB platform and is expected to be launched in 2021, with a price tag of about $45,000, making it the most affordable fully-electric model from Audi, reports American publication Car and Driver.

Audi previewed the Q4 e-tron as a concept at the 2019 Geneva Motor Show and it then came fitted with an 82 kWh battery pack powering electric motors on either axle making a total power output of 225 kW. The Q4 e-tron can race from 0 to 100 km/h in 6.3 seconds and has its maximum speed limited to 180 km/h. The battery offers a range of up to 450 km (WLTP) in a single charge and supports fast-charging up to 125 kW, which can charge the battery to 80 per cent capacity in just 30 minutes. The power output of front and rear electric motors are 75 kW and 150 kW respectively, with a peak torque of 150 Nm and 310 Nm.

The extended summary of the concept’s specification can give you an idea of what is in store on Audi’s second electric SUV.

The Q4 e-tron concept has dimensions of 4.59 m length, 1.90 m width, 1.61 m height and a wheelbase of 2.77 m. At the front, Audi’s Singleframe grille sits almost in an upright fashion with a closed surface and flanked by matrix LED headlamps. To the side, 22-inch wheels and a sloping roofline make for the attraction. The rear gets LED tail lamps connected by a light band across the width of the car. Inside, a 12.3-inch touchscreen infotainment system acts as the highlight of the dashboard.

The battery pack, which weighs 510 kg, is located in the floor between the axles and the axle load distribution is almost 50:50. Being a quattro, the Q4 e-tron has no mechanical link between the axles and an electronic control distributes the torque for optimal utilization. For most of the time, the Q4 e-tron uses the rear motor, which is a permanent synchronous unit tuned for efficiency and the drive torque is also rear-axle biased. When there is need for more power, the asynchronous front motor also comes into play kicking in the all-wheel-drive.

Volkswagen has claimed that around 27 models will be spawned from the MEB platform through four brands by the year 2022. Audi is also planning two more models from this platform that could be a sportier version of the Q4 e-tron and a sedan.

Audi India’s Head suggests that the Audi e-tron would be the first of many Audi electric vehicles to come to India.