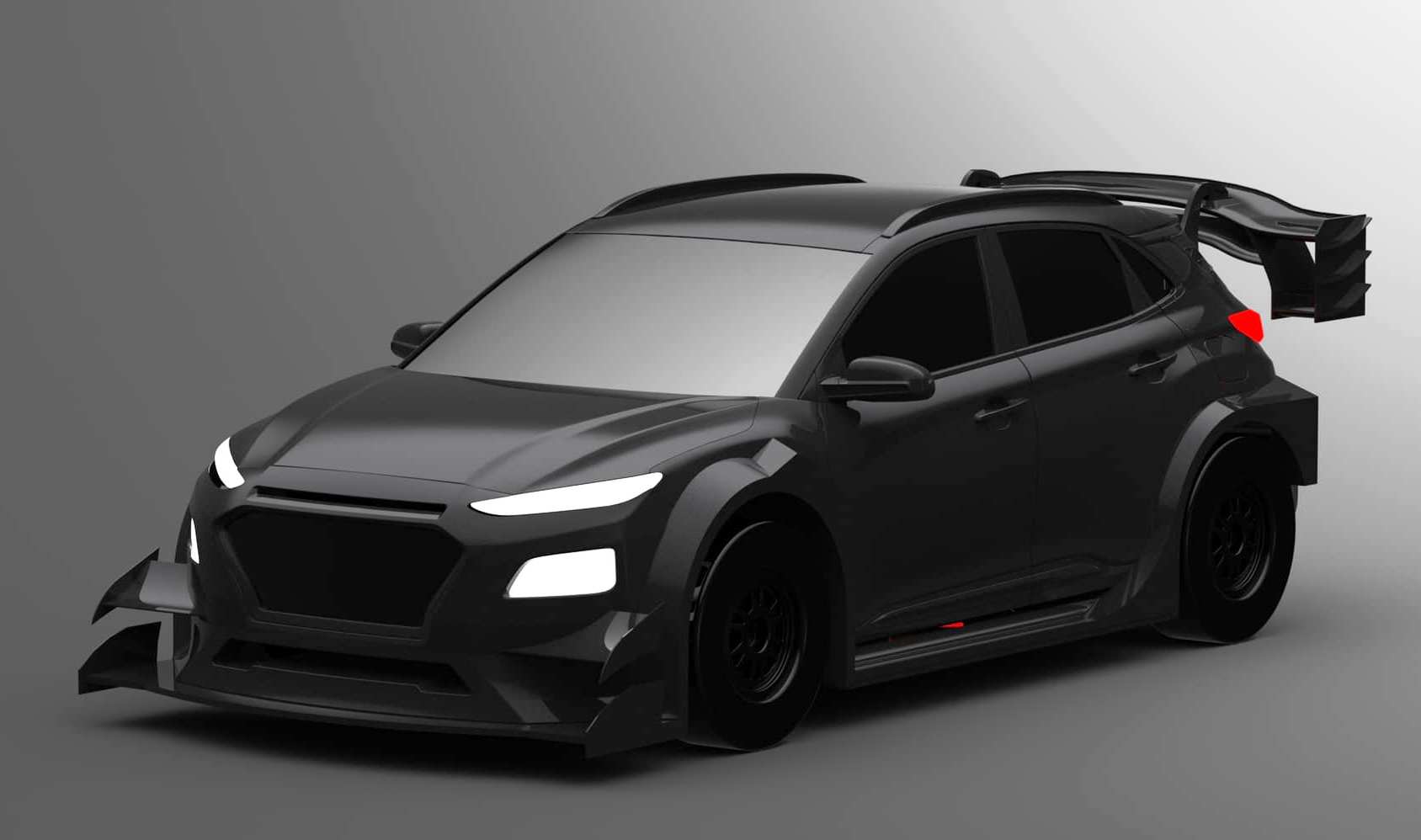 Except for a technical partner for the battery and motor in Europe, every person working on the custom Hyundai Kona Electric belongs to Paddon Rallysport. It’s a small team of 7 people at the company, all working on readying a single prototype right now to demonstrate the team capability.

Speaking exclusively to ElectricVehicleWeb.in, Hayden Paddon said that the reason the team chose the Hyundai Kona Electric (say over the Hyundai Ioniq) for its motorsport needs is its optimal dimensions. Only the body shell and cosmetic bits are stock. The rest of the vehicle is a pure motorsport machine. The stock battery and motor are not suitable for motorsport. However, in the future, the possibility of using at least the motor might emerge.

The test battery (it would have liquid cooling and a fire suppressant system) the team plans to use for the initial test program arrived just last month. It has sourced this main component from Austrian motorsport and automotive technology R&D company STARD, a part of Stohl Group.

Paddon Rallysport hasn’t finalised the specifications yet. The custom Hyundai Kona Electric has two transmissions, one at the front and one at the rear. It can run two, three or even four motors, each with a peak power of 220 kW (299.12 PS/295.02 hp). The team is using suspension, brakes, software and wiring all designed for motorsport.

The initial plan is to use two specifications, one for rallies and one for hill climbs (like Pikes Peak). The rally version will have two motors with a net power of 400 kW (543.85 PS/536.41 hp), while the hill climb version with four motors will boast 800 kW (1087.70 PS/1072.39 hp). Paddon says that the team will come to more accurate specifications and performance data when it conducts the first test drive in the coming weeks. Switch between the 400 kW rally version and the 800 kW hill climb version is very easy.

About the modifications to the suspension, steering and braking system of the Hyundai Kona Electric, Paddon told us that the team designed the geometry of the custom electric SUV based on its experience of previous motorsport vehicles. All subframes, suspension arms and dampers are customised ones.

Paddon Rallysport worked with Italy’s Extreme Racing Shox for the suspension of the custom Hyundai Kona Electric. The race version will sit considerably lower and weigh more. The suspension travel is more than that of not only the stock model but also a WRC car.

Paddon Rallysport will unveil its bespoke Hyundai Kona Electric for motorsport events in late October or early November. After that, it will have an eight-month development program, and this will include several short format events in New Zealand. Participation in full-length rallies will begin in late 2021. The team aims to win the New Zealand Rally Championship in 2022 with this heavily modified electric SUV.

Announced in 2019 as a project to put New Zealand’s motorsport community on the global map, Hayden and team started with the regular Hyundai Kona on the operating table. They stripped the car to its core and have rebuilt it as an electric rally car. The global pandemic has impacted the team’s plans with some delays, but it has done nothing to their spirit!