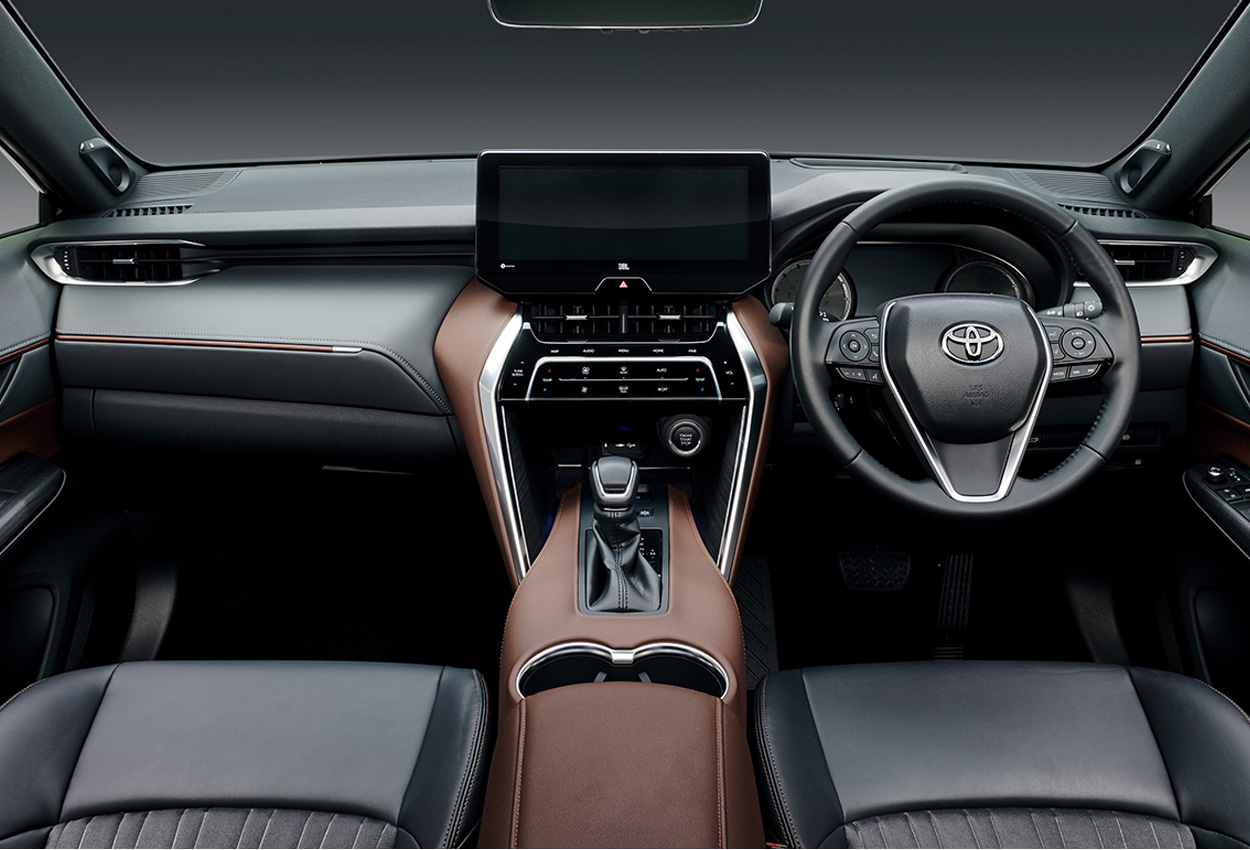 Toyota has launched its new Harrier SUV in Japan and the car is now available through dealerships in the country. Not to be confused with the Tata Harrier, Toyota’s Harrier SUV has been in existence since 1997 but not in India, and is also entering the USA market as the 2021 Toyota Venza. For this new model of the Harrier, Toyota has changed literally every nut and bolt of the vehicle.

Toyota is planning to focus on online sales in Japan. Online sales will let customers view configurations and fine-tune their preferred specification of the Harrier at the conveniences of their homes. Toyota also mentioned its “The KINTO ONE” programme that gives the users a package that involves everything from purchasing online to its insurance and maintenance. It costs 54,010 yen (incl. tax) when opting for a seven-year lease plan. All of these purchase options will make the process of buying the new Harrier quite easy and effortless in the time of social distancing. Toyota says it plans to sell 3,100 units every month of the car in Japan.

On the outside, the Harrier’s generous grille is accompanied by smooth flowing lines which extends all the way up to the headlights. The vertically-placed vents alongside the grille give the Harrier a bit of aggression. It gets a double-L shape DRLs in the front which is easily distinguishable. At the rear, first thing that catches attention is the thin and sharp light bar, which is now a lighting trend in the auto industry. It’s fitted with some silver accents lower down and below that are twin exhaust outlets. The Harrier takes a tested approach to design as the roof is sloped to look like a coupe leading to a silhouette that gives it more than just a sporty character. Customers get a total of seven colour options to choose for their Harriers.

The interior of the Harrier is quite an elegant space to spend time and Toyota says their centre console resembles a horse’s saddle. The instrument panel manages to portray some of the car’s ruggedness while still catering to the needs of comfort and luxury that customers in this segment have to come to know. The trims are covered with a tactile synthetic leather to add a touch of poshness which mimics a cabin wrapped in thick leather. Toyota employed bentwood techniques to maintain a sense of quality. The interior has a nice blend of low-contrast greys, browns and blacks.

The centre console houses a 12.3-inch TFT wide touch-display screen for its T-Connect SD navigation system. Smartphone-connectivity options such as SmartDeviceLink, Apple CarPlay and Android Auto are also part of the bundle. A nine-speaker JBL premium sound system ensures a serene acoustic experience for the user. Any sense of claustrophobia is eliminated with a touch of a button with the Harrier’s giant panoramic roof. It is now electro-chromatic which makes it the first Toyota to feature it.

2021 Toyota Harrier gets a Hybrid variant

The Harrier now is based on the TNGA (GA-K) platform which supports cars like the Toyota Sienna and the Toyota RAV4. This platform gives it a mixture of a rigid body with a low centre of gravity that results in better ride comfort as well as better vehicle driving performance. The suspension system consists of MacPherson struts at the front and a double-wishbone arrangement at the rear which have been optimized to result in a rigid and well-balanced body. Toyota wanted a ride that is reassuring in the corners while still staying comfortable. Toyota is using its Active Cornering Assist (ACA) by controlling the brakes to prevent understeer. The power steering system is improved to give the driver more control and feedback.

The 2021 Toyota Harrier comes with an option of a Hybrid powertrain which is called the Toyota Hybrid System (THS II) which uses a 2.5-litre petrol hybrid engine that can be seen in the Camry. The engine delivers 178 PS and a peak torque of 221 Nm. The non-hybrid version of the Harrier comes with a 2.0-litre naturally aspirated petrol engine. Toyota has provided the hybrid variant with an electric CVT.

Coming to the fuel economy figures, the 4WD versions of the Harrier that has the E-Four electrical 4WD system can deliver a fuel economy figure of 21.6 km/l when tested in the WLTC cycle. The new 2WD models raise that figure to 22.3 km/l (WLTC).

Toyota has enlisted a spade of safety features in the new Harrier. It is bundled with Toyota Safety Sense, which is a pre-collision safety system that spots pedestrians during the day and at night and brakes automatically when it spots danger. It comes with Intelligent Clearance Sonar with Parking Support Brakes (Stationary Objects) that helps minimize and/or mitigate damage from collisions during low-speed driving in parking lots, etc. Gone is the traditional rear-view mirror, replaced a digital Inner Mirror, which is a first for Toyota. It mimics the traditional mirrors by transmitting recorded images to the front and rear of the vehicle while driving. This also gives the user additional functionality with an added front-facing camera which records the objects in the front.

In case the user faces an unforeseen emergency, the hybrid model can act as a power generator allowing electrical products to be used thanks to a 100-volt (alternating current) / 1,500-watt accessory power outlet. This enables the car to be utilized as a power generator during a blackout.