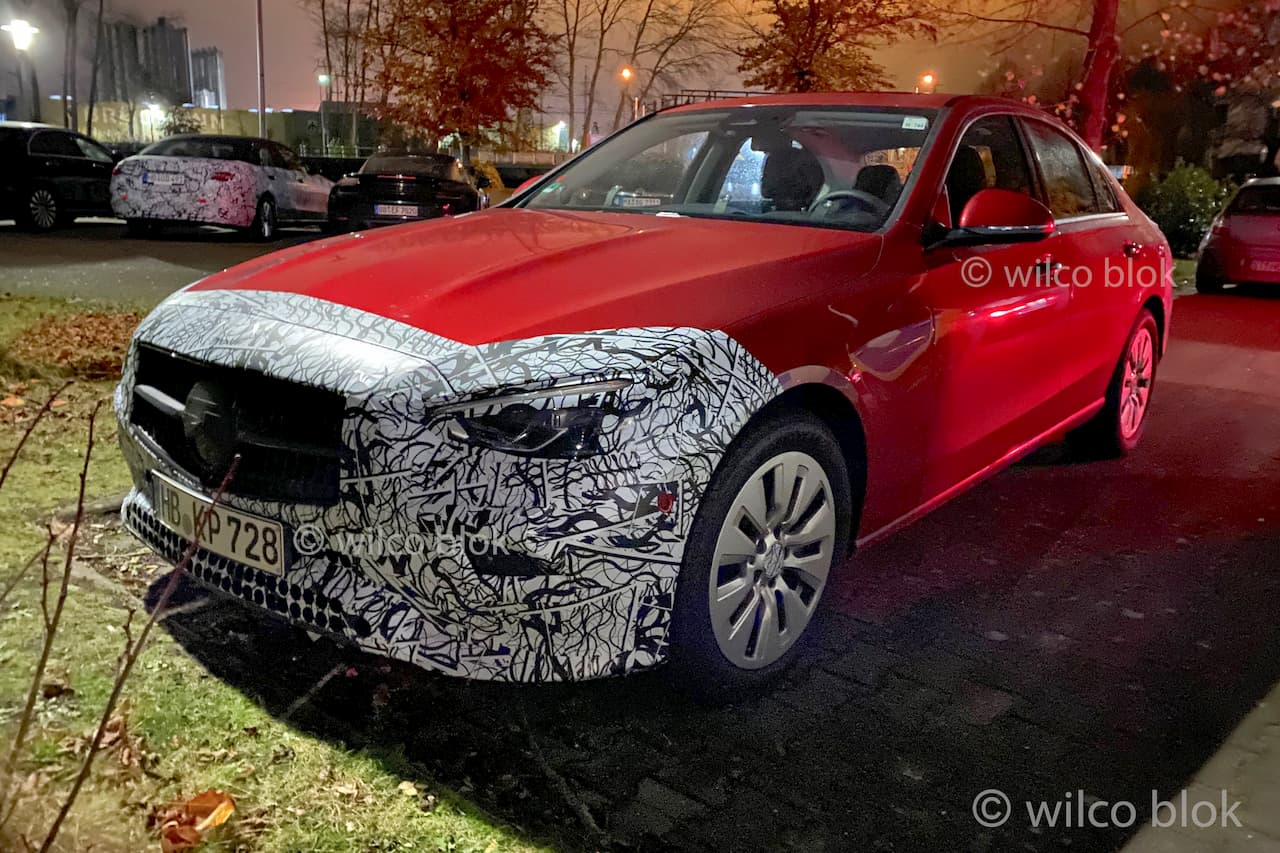 The 2021 Mercedes C-Class has been spotted in Germany with minimal camouflage. New spy shots, emailed to us by our reader Wilco Blok (check out his Instagram) show the upcoming mid-size luxury car at close quarters, which will come with several electrified powertrain options making it the most economical C-Class in 27 years on the market.

Last month, expert illustrator Theophilus Chin from paultan.org created front and rear renderings of the 2021 Mercedes C-Class using details from recent spy media. He suggested a mini S-Class-like design for the next generation C-Class, which India could get exclusively in electrified variants.

After the all-new Mercedes S-Class W223/V223 that debuted in September, the next new Mercedes sedan is the C-Class W206. We say this as Daimler has stopped manufacturing the fourth-gen Mercedes C-Class W205 at the Bremen plant in Germany, as per a report from blog.mercedes-benz-passion.com. Bremen is the mother plant of the C-Class and the end of production of the W205 signals preparations are on to welcome the W206 series.

The Mercedes C-Class will maintain its true business car stature and its elegant proportions moving to its fifth generation. The picture from cochespias’ instagram.com account is the clearest look at the front end so far. Like the new S-Class, the 2021 Mercedes C-Class features flat headlamps that look wider and sleeker at the ends of the sharpened radiator grille, the redesigned parts emphasizing the width of the car. The new bonnet would have powerdomes like on the Mk2 Mercedes CLA. Corner intakes placed on the lower fascia are connected by a channel running the width of the front-end.

Previously, spy videos, courtesy Youtube channel walkoARTvideos, showed the Mercedes C-Class’ belt line adopting a small curve, in a style inspired by the new A-Class, while the greenhouse is revised to give it a strong connection with the S-Class, evident in Wilco’s images shown at the beginning of this story. The vertical tail lamps will be replaced by horizontal lights for a sleeker styling, in what will be a second influence of the compact-class model. Straightened up, slimmer headlamps would lend the required aggressiveness to the front while retaining the elite appearance. The 2021 Mercedes C-Class wagon (Mercedes S203) was spotted by WalkoART last month, the video is below, showing the predictable design changes.

Several interior changes are noteworthy. Spy pictures published this year reveal a Mercedes S-Class-inspired cockpit layout with an upright fully-digital instrument cluster and a steeply angled centre console. Many of the flagship’s technologies are trickling down to the C-Class.

Unlike in the current C, the infotainment system display will sit flush with the centre console, positioned much lower, between the new, squarish air vents. Another difference would be the touch-operated buttons for the climate control system.

It certainly looks like MBUX (NTG 7.0) that debuted on the S-Class would be available on the new C-Class which offers new and extended functions as explained in the video shown above.

None of the engines would miss out on electrification this time. 48-volt mild-hybrid technology will be standard, and it could be offered with a BSG (Belt-driven Starter Generator) or ISG (Integrated Starter Generator) to lower CO2 emission. It is a possibility that the new C-Class family would be the first to not offer a six-cylinder option as even the C 43 and C 63 AMG series expected after 2020 could be ‘EQ Power’ models that use an electric motor to replace the extra cylinders.

The 2021 Mercedes C-Class plug-in hybrid could be offered with the M 254 2.0-litre petrol and OM 654 M 2.0-litre diesel in-line four-cylinder engines. With the new S-Class hybrid setting the benchmark for pure electric range achieving 100 km, the C Class PHEV shouldn’t be far behind. 4MATIC all wheel drive system could be offered on the PHEV variants.

The fifth-gen Mercedes C-Class could debut digitally exactly seven years after the Mk4 model, in December 2020, but the COVID-19 disrupting the timescales of premieres and launches for most part of the year, there could be a slight delay observed with the C-Class as well. We expect the launch to be done by early 2021.

In the home market of Germany, order books for the new C-Class could open in April 2021, and the vehicles could be available at dealerships around June. The expectation is that a concurrent launch for the sedan and estate would ensue, reports blog.mercedes-benz-passion.com, which periodically publishes accurate inside information from Stuttgart.

Mercedes-Benz Passion blog adds that the 2021 Mercedes C-Class would not have a plug-in hybrid variant when it comes out next spring. It expects the first new C-Class variants with a plug at the end of 2021 – first as a petrol variant, then also as a diesel from the second half of 2022.

When will the new Mercedes C-Class launch in India?

India may have to wait until early-2022 for the new C-Class as RHD needs to become available, local testing has to complete & Indian part suppliers need to be ready.

The alternatives to the 2021 Mercedes C-Class are the usual suspects – the likes of the Audi A4, BMW 3 Series, Jaguar XE and the Volvo S60. 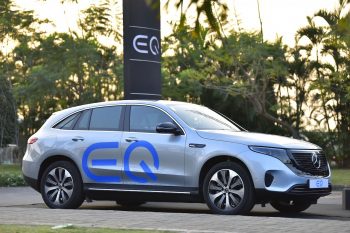 The Mercedes EQC has received a more powerful onboard charger – the 11 kW 3-phase AC unit is expected to come available in a few weeks. 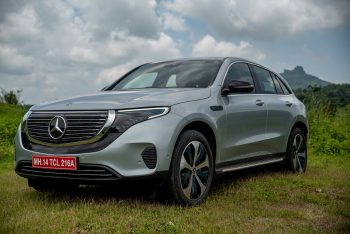 CNBCTV18.com asked Martin Schwenk this month if the pandemic would slow the growth of electric vehicles in the Indian market, to which the German executive gave his thoughts.